Thesis writing is in full swing, which is the reason behind the lack of blog posts recently. We've still managed some great days, weekends and weeks out though, and here's a quick post about a brilliant day out I had yesterday.

Yesterday, I was faced with the tough decision of either the Kendal Winter League race at Sedbergh, or winter climbing in the Lake District. I'd pretty much settled on sacrificing being able to complete enough races to count in the KWL series, in favour of making the most of the notoriously fickle winter climbing conditions in the Lake District. That was until Lorna posed the question: "Could you do both?". After a minute of figuring out what time that would mean I'd have to drag myself out of bed in the morning, I concluded that, yes, I probably could. Even if it was already gone midnight...

I regretted that decision when my alarm went five hours later, but I knew that once I was up and moving it would all seem a bit more appealing. It was a pleasant drive to Glenridding as the sun rose, and the car's thermometer flickering between -2 and -3 C reassured me it was worth the journey. The route I had in mind was Catstye Cam Gully, fulfilling the requirements of being a short walk in and easy enough to solo (grade I/II). Unfortunately, it was also in the minds of most other climbers making the journey to Red Tarn Cove, and by the time I got to the bottom of the route, there were four other teams I could count already on the climb. 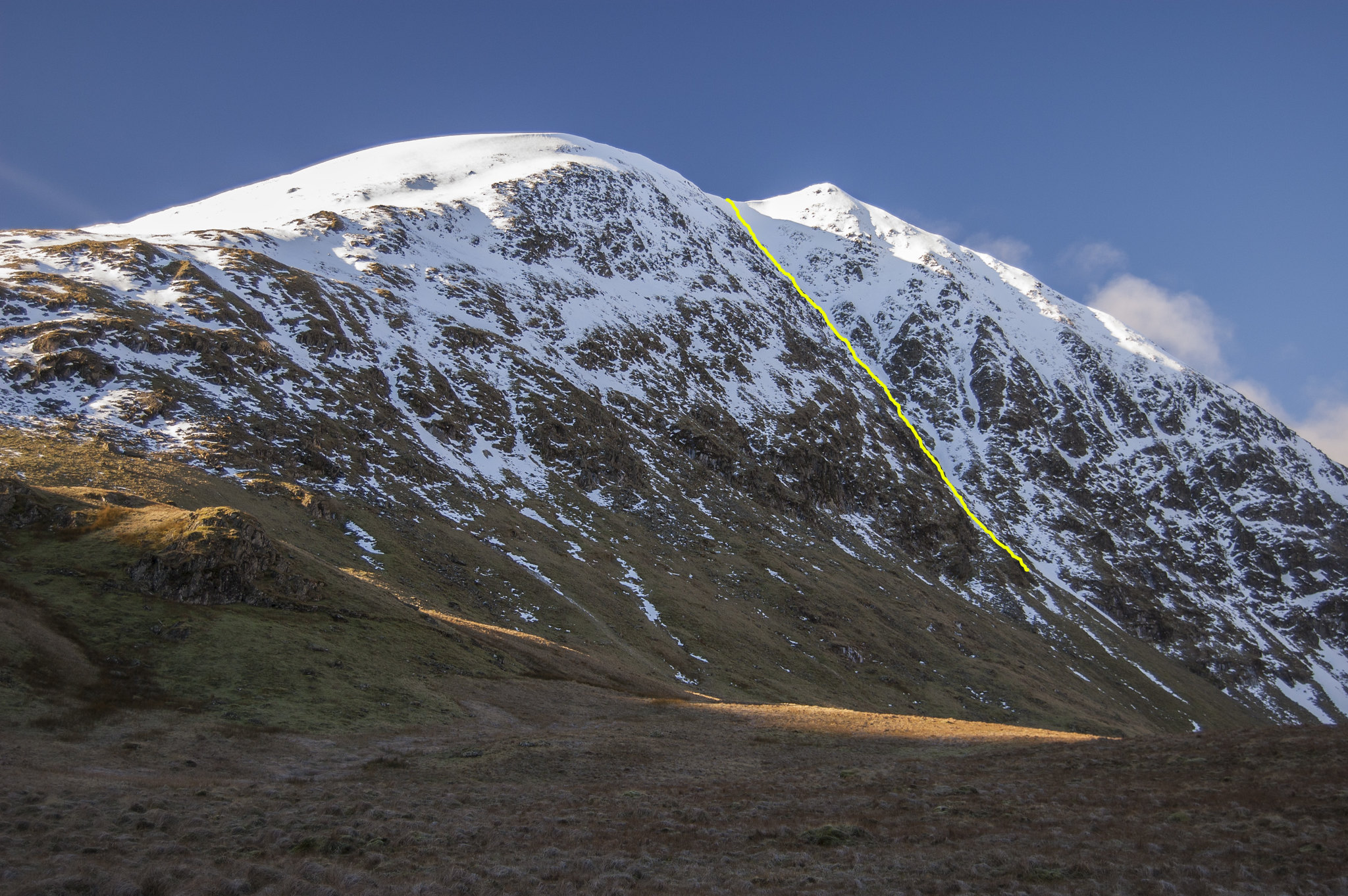 
The snow was as promised: frozen solid and an absolute delight to climb on. There was a few lean patches with the odd icy step, but other than that the gully was in perfect condition. The views back down to Ullswater were stunning in the early morning light, and I deliberately took my time so I could make the most of them. The climb was easier than I expected, and so I explored some off-piste rocky ribs either side for a bit more excitement. Topping out with a glorious panoramic view of Helvellyn and its ridges was an added bonus, and at this point I was sorely tempted to scrap the idea of doing the race and follow the stream of other climbers making their way to Red Tarn Cove instead. I knew I'd regret that decision later on though, and so with reluctance I made my way rather hastily back to Glenridding.

The morning's exploits must have been a good warm up, because the race at Sedbergh School went much better than expected and I somehow managed to end up in 3rd place. And in the end I was very glad I'd made the choice to head over to the race as well. 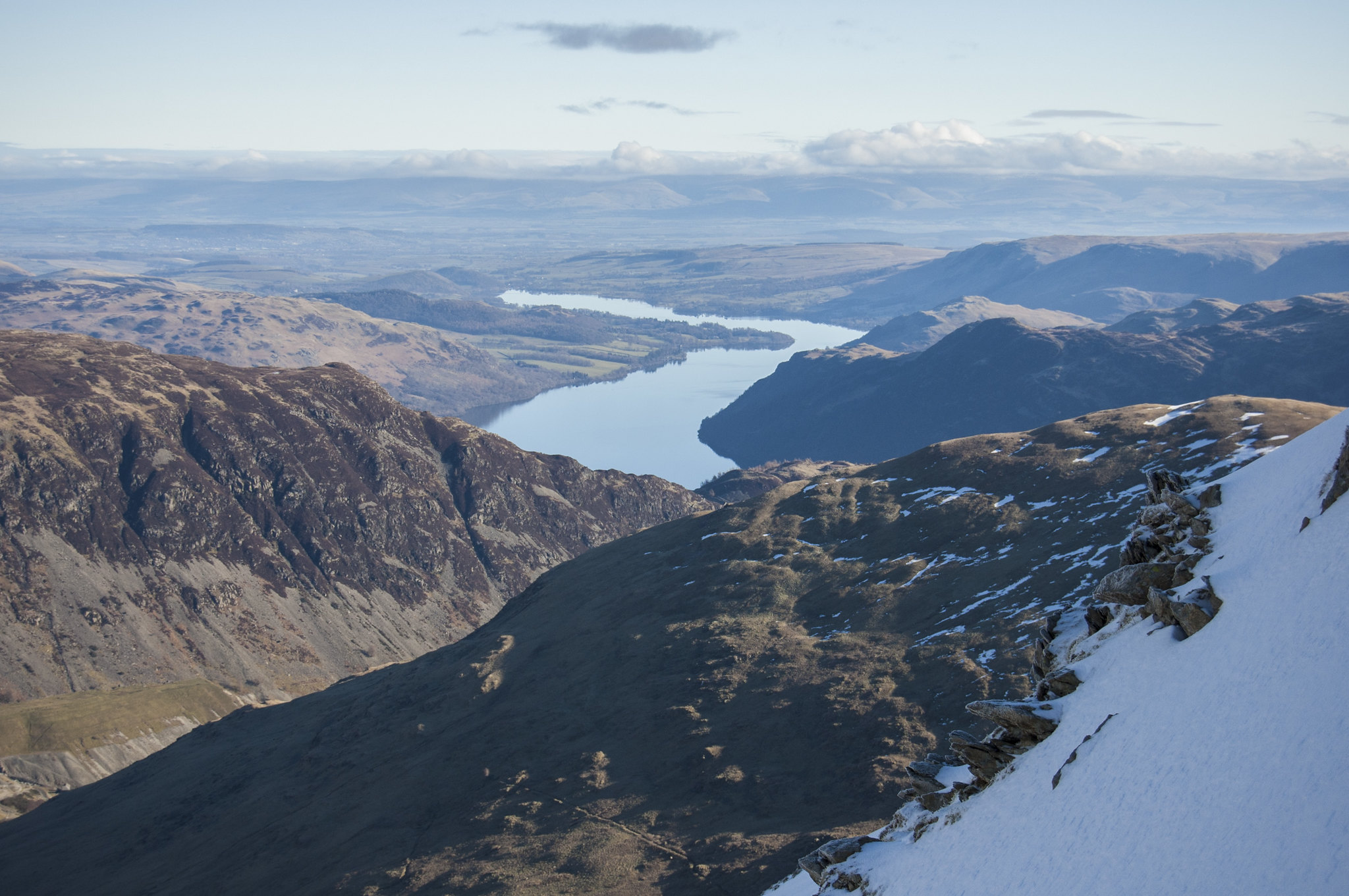 Great views from the climb. 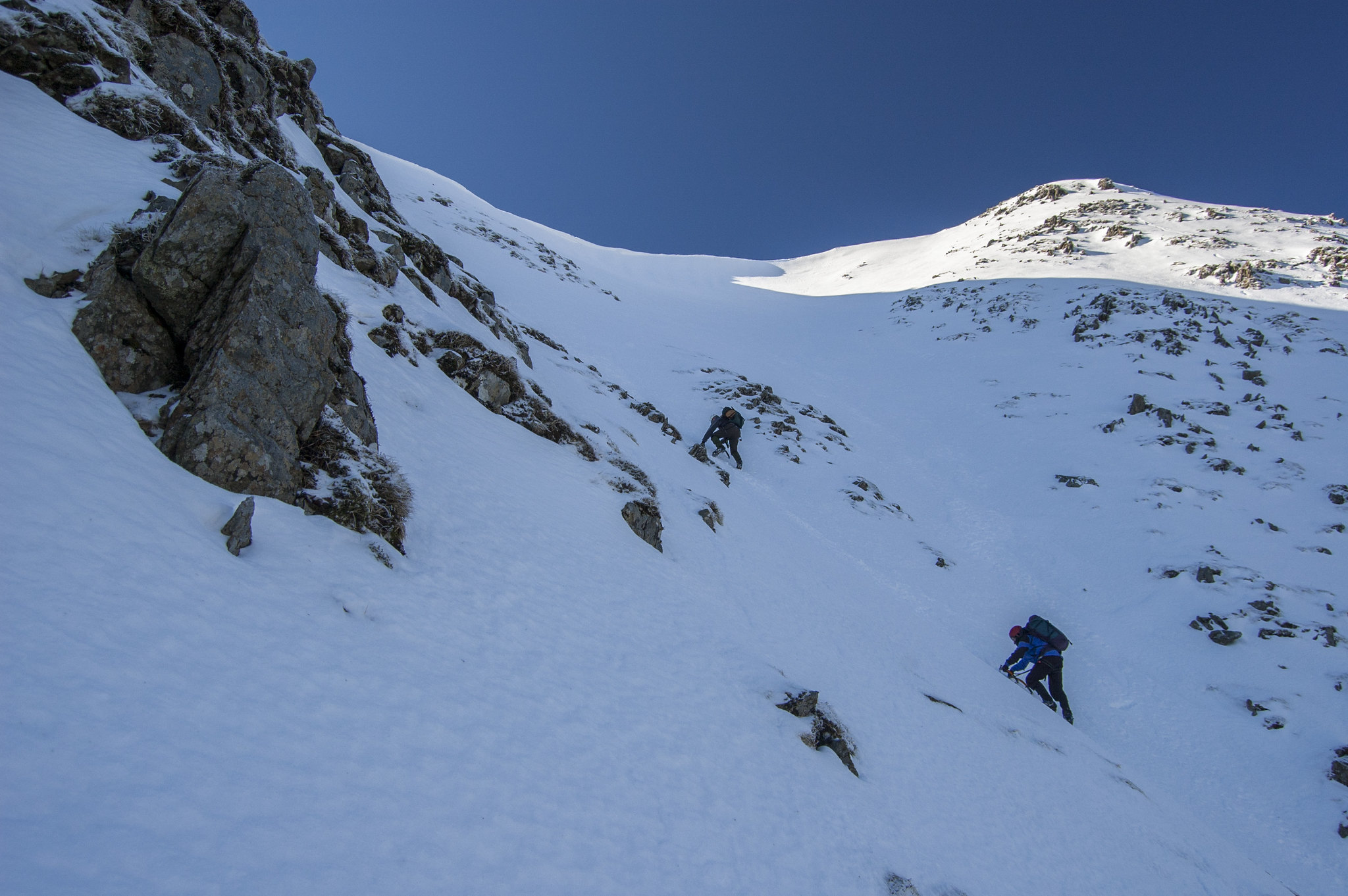 Another team making the ascent.

Stunning panorama from the summit of Catstye Cam.
Comments powered by Disqus