I was born into a family of hill walkers and hence it was only inevitable that the mountains would become a particular passion of mine. Growing up in Chester, aptly placed between the hills of north Wales and the Peak District, meant many days out walking as a child; my first time up Moel Siabod was when I was aged 5 and my first time up Snowdon was when I was aged 7. I now live in Lancaster, situated ideally for exploring the beauty of the Lake District and the wilderness of the Bowland fells, whilst not being too far away to make the most of the grandure of the Scottish Highlands. My favourite outdoors pastime is the somewhat eccentric sport of fell running, though I enjoy everything from climbing to mountain biking.

I leave you with one of my favourite quotes, from John and Anne Nuttall’s Mountains of England and Wales (Volume II: England): 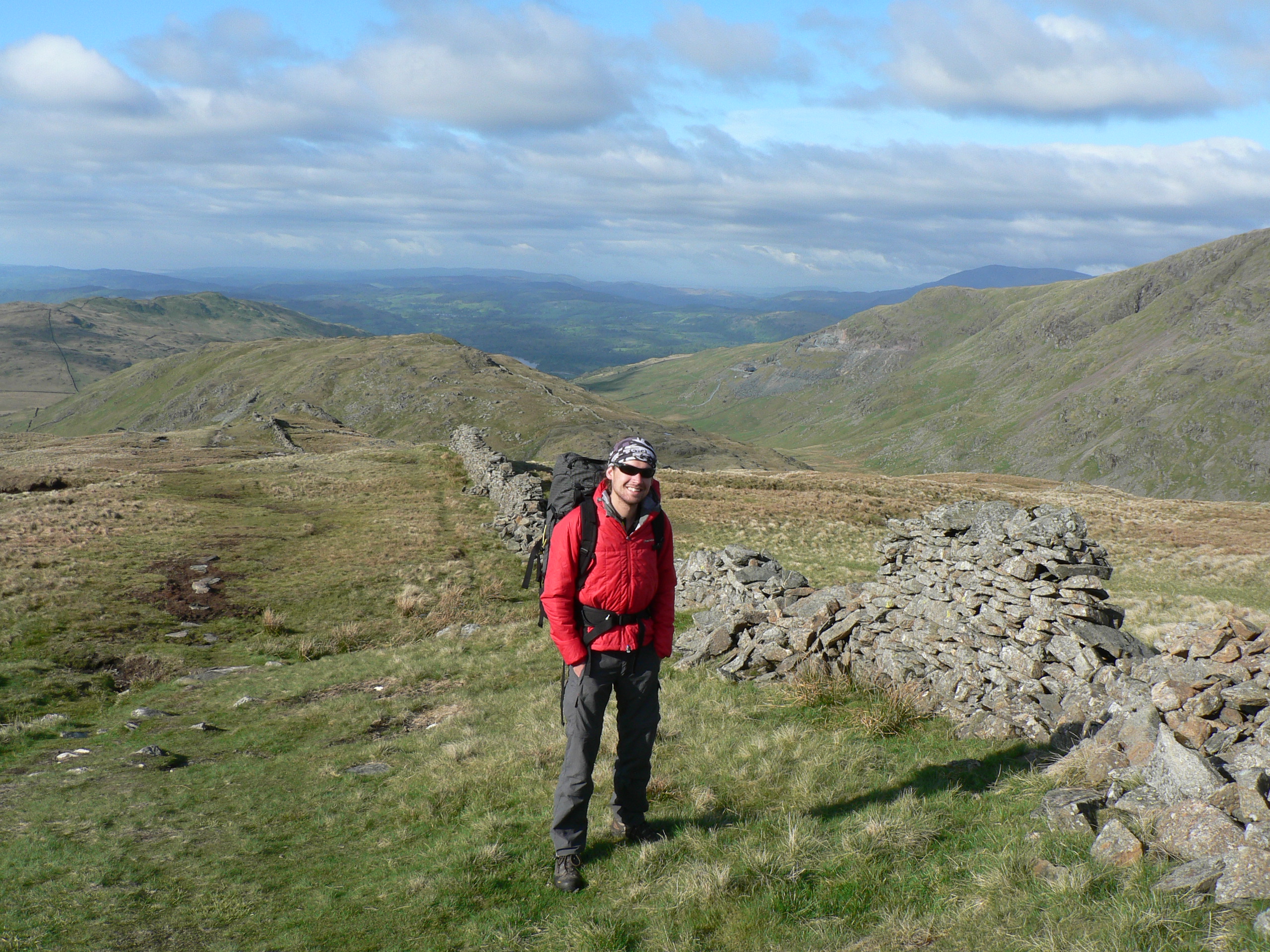 Early morning on the ascent of Stoney Cove Pike on a backpacking trip to the Lake District in 2013.