Gimmer Crag in Langdale is arguably one the Lake District's best crags, boasting a multitude of classic three-star routes of all grades on good rock and in a fantastic position. High up on the side of the Langdale Pikes, its prominence is domineering from whichever vantage point you view it from and the views from its routes take some beating. For the most part it is south-facing (i.e., sunny, weather prevailing) and on a summer's day, I can't think of a better place to spend time, soaking up the ambience and history inherent with such a setting.

Last Saturday was a perfect example of such a day; sunny with a smattering of clouds to stave off the sun burn and heat stroke, and a moderate breeze to keep the midges at bay. We (that is, Lorna, her Dad and I) choose Main Wall, a two-star VD, as our route. It has the advantage of not quite warranting a third star and hence being far less popular than routes such as Gimmer Chimney (VD) and Bracket & Slab (S) on its adjacent face. Indeed, despite crowds of people in, around and on the crag when we arrived, no one was on our route. Perfect!

Lorna and I did the route last summer and so I wasn't too concerned about the verticality of the start. The initial pitch, from a detached flake on the right-hand side of Main Wall, looks improbable at the grade and its not until you embark on it that you realise it's graced with handholds aplenty. The exposure is ever-present as you gain height, trending slightly towards the right, but the good jugs make it enjoyable rather than worrying. Protection isn't immediatedly obvious, but there is plenty to be found for the diligent leader, so-much-so that seven quickdraws were only just enough to get me to the first belay ledge. The route doesn't have a crux as such, it gets its grade more from exposure and sustained steepness, but if I had to pick a hardest bit then there is an airy and slightly awkward (but well-protected) sidewards step into a groove about midway through the pitch, that is a little thought provoking if you pay too much attention to the drop between your legs.

The first belay, comprising a couple of good nut placements (though there are a couple of choices of where you build your stance), was just about comfortable for the three of us. A leftwards-then-upwards line (follow the polish, not that obvious at first) took me easily to the second belay ledge which was eminently not big enough for three without a bit of hanging. I chose to carry on, being sparse on the protection to firstly, minimise the rope drag and secondly, because I was running out of quickdraws again! Fortunately, the climbing was easy and laced with endless handhold opportunities and so the big runout didn't play on my mind. I suppose the advantage of a nigh-on vertical route is that a leader fall would only result in dangling on the rope rather than hitting any blocks or ledges on the way. 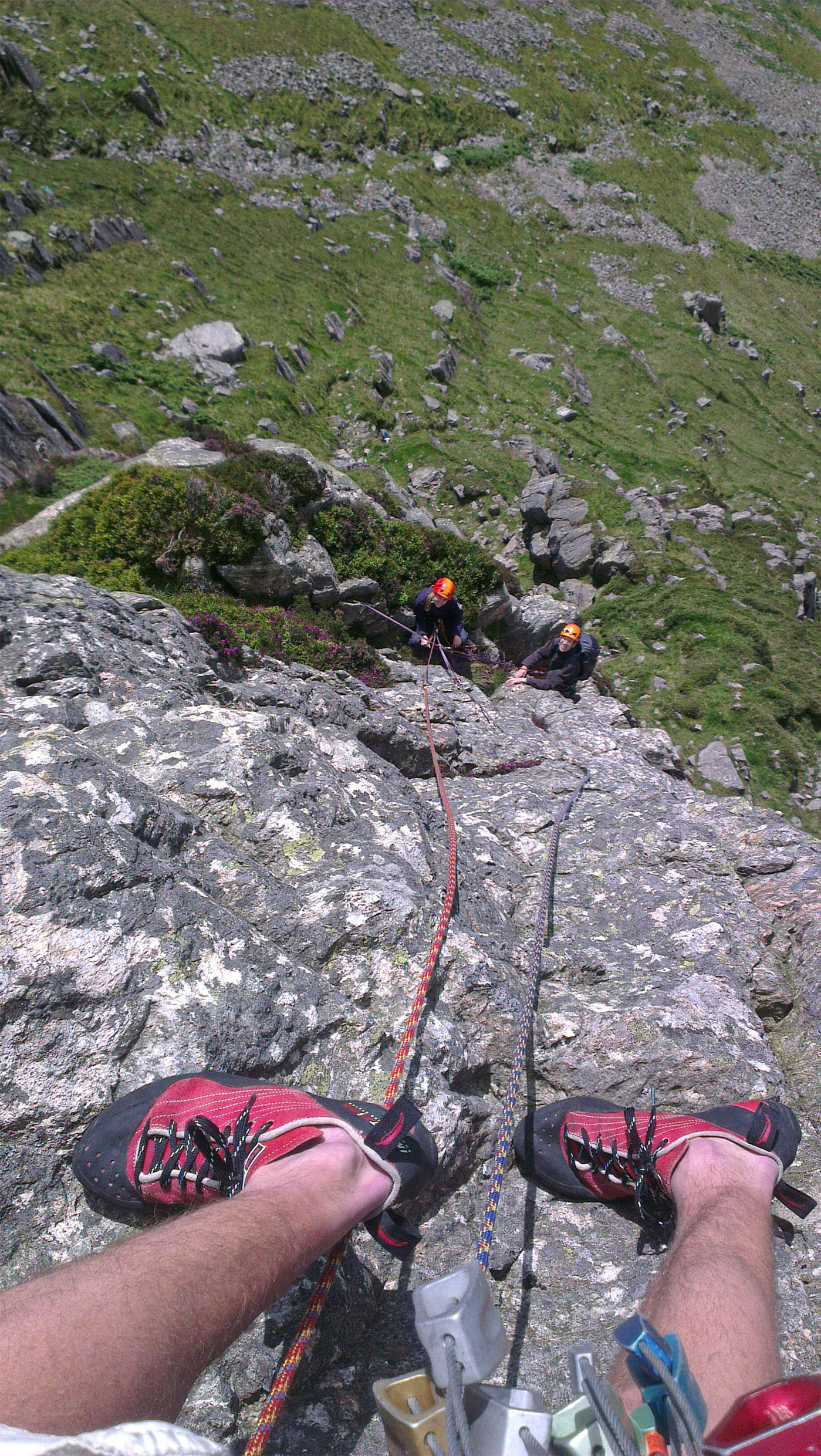 Looking down pitch two to the first belay. I'd like to reassure readers that, despite appearances, I'm not actually standing on my rope here (only my toes are on the rock)!


I soon reached the top and was greeted by a good bit of tat around a block (presumably used to abseil back down to the start, or somewhere near it). I backed it up with one of my slings and duly brought the other two up simultaneously, employing the guide mode of my new DMM Pivot belay device (watch this space for a review!).

Gear-wise, I used mainly small nuts (duplicates very useful) with a couple of larger ones. I didn't place any hexes or cams and to be honest didn't spot anywhere that I could have done. I used a sling for equalising the first belay and backing up the tat of the final belay, but that was it. Seven quickdraws was just about enough, but if you're combining pitches two and three than you might want more (though if you do, extending some of them to avoid rope drag is a good idea, so more slings would be useful). We descended via the gully to the east of Main Wall, which seems the best option (though I can imagine it is a bit slippy in the wet, being mainly steep grass). 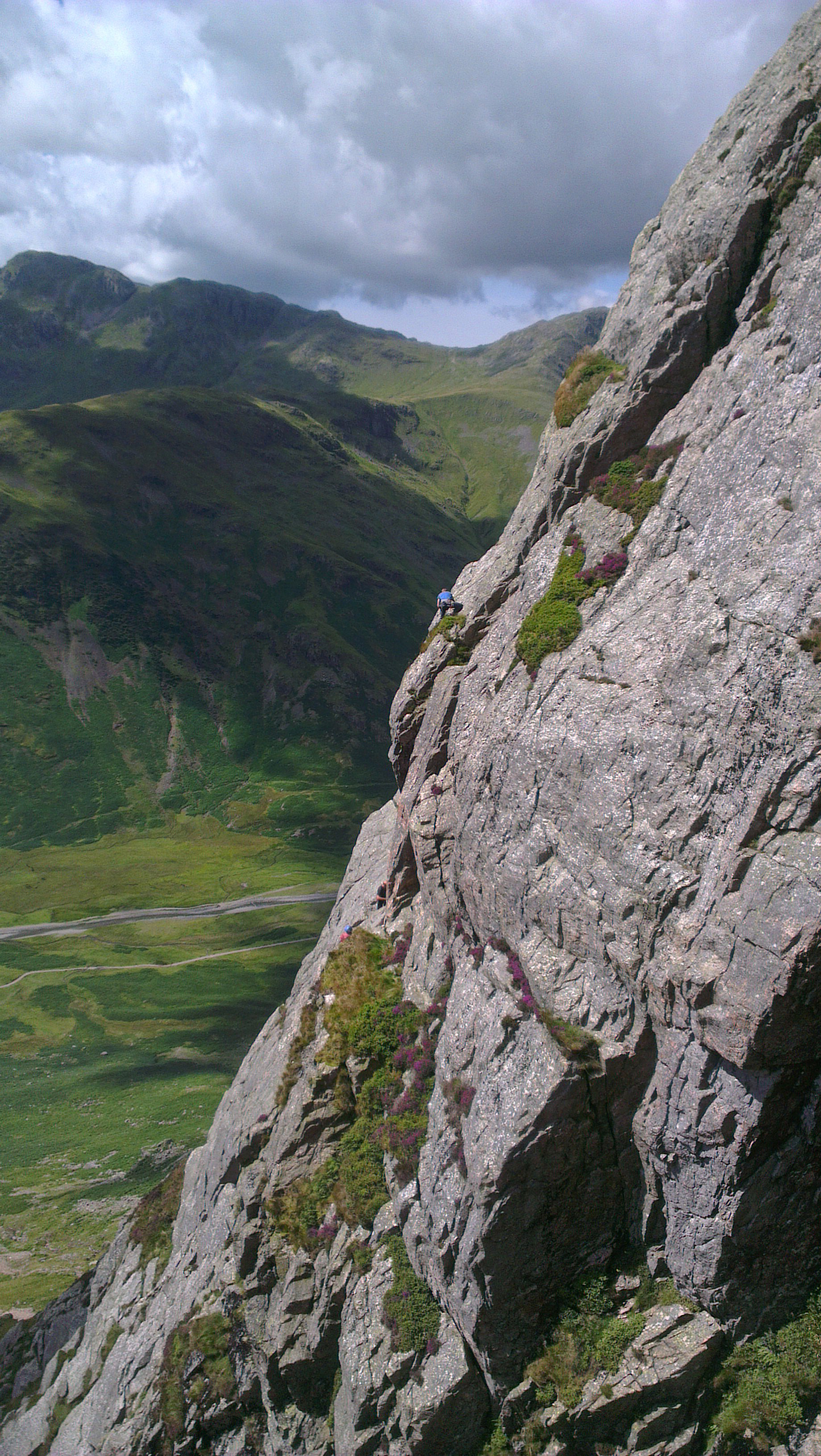 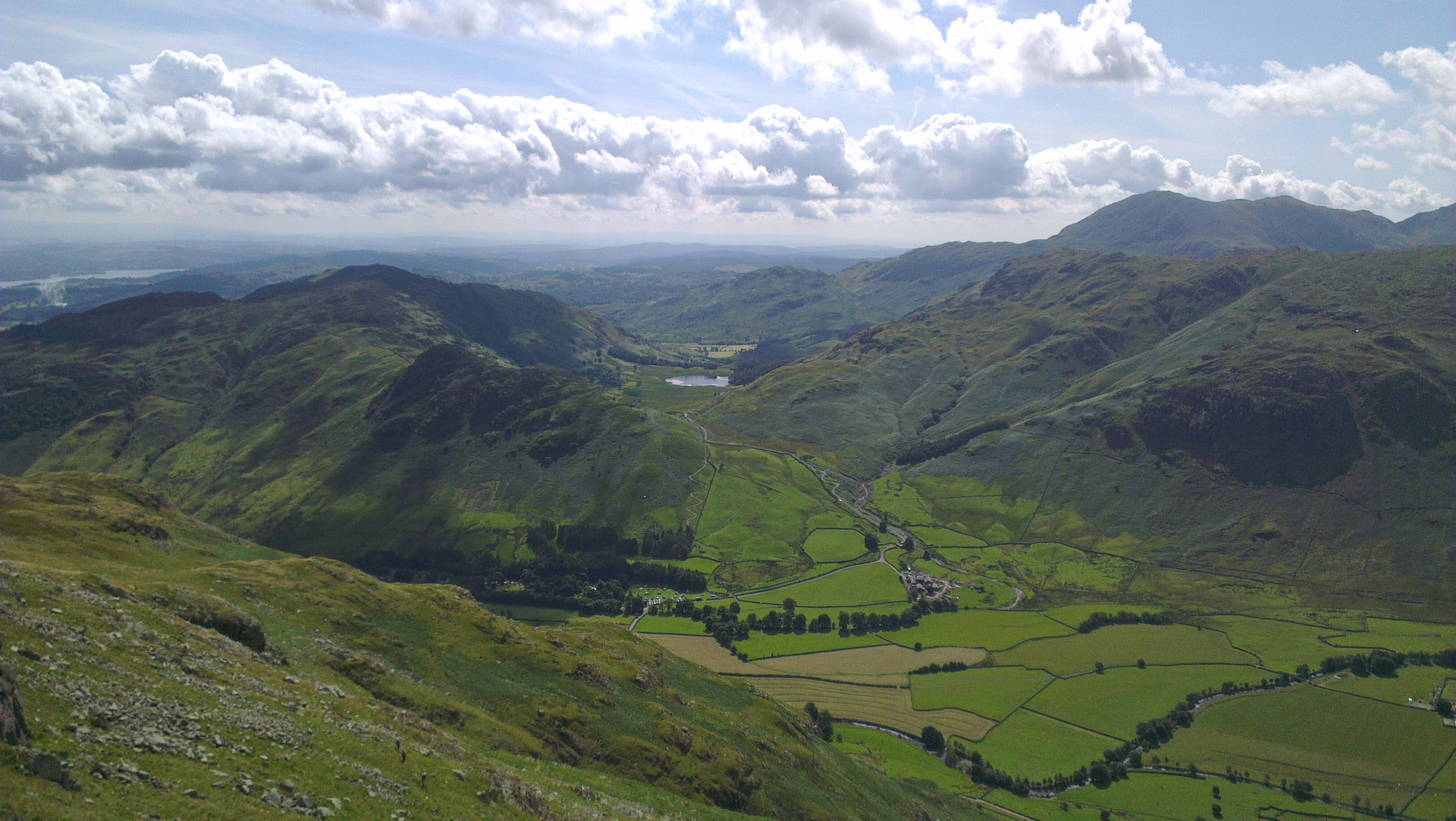 The views from the crag aren't too bad!
Comments powered by Disqus