The Mountain Equipment Kongur jacket is arguably the most bombproof of jackets; completely waterproof and guaranteed to protect you from the elements. However, it is let down by its hood, which struggles to stay in place if you're not wearing a helmet.

If there is one piece of kit that I wouldn't be without whilst going out in Scottish winter, then my Mountain Equipment Kongur jacket would be it. It's heralded as the ultimate in bad weather protection, and claims to keep you dry in the worst that the British isles can throw at you. I've had the jacket for a number of years now, and I tend to agree.

The jacket is made out of the highly durable GORE-Tex Pro Shell Ascendor material. Arguably, this isn't as breathable as other lighter-weight alternative, but in reality, that doesn't matter one bit. For the most part during days out in winter, you'll have umpteen different equally as unbreathable layers on underneath, plus perhaps a map in your chest pocket preventing any moisture escaping from there. This coupled to the fact that I spend most of the winter being too cold rather than too hot means that a slight downgrade in breathability (say over eVent) isn't going to be noticed, especially when it's at the expense of durability. And anyway, if you do get too hot, you can just unzip the pit zips.

The term "bombproof" is often used to describe gear that is so durable and trustworthy that is seems like it will never fail, and I don't hesitate to describe the Kongur as so. It's major selling point is its waterproofness, which is impecible. It's the only jacket ever to score 50/50 in Trail magazine's "Ultimate Waterproof" test. I've been out in the worst and wetest of Scottish winter (think driving wet slush and rain for 8+ hours) and have remained completely dry underneath. In comparison, I've been soaked through in just a few hours in similarly wet conditions in a Rab Momentum eVent jacket that I have. I love the fact that Mountain Equipment have kept the old-school storm flaps over the zips instead of relying solely on these new-fangled "waterproof" zips, which in reality, are never that waterproof. ME use a standard YKK zip with a double storm flap as the main zip, and waterproof zips with a single storm flap for the others (except the pit zips which are just waterproof zips). I've heard guys having their pocket pool up with water, but have never experienced this myself; if you make sure the pocket zips are done up then I struggle to see how this happens. In any case, I wouldn't want to leave anything valuable in an outer pocket of any jacket, no matter how waterproof it claims to be.

The Pro Shell fabric looks after itself; you don't have to constantly clean and reproof like eVent. It's also incredibly tough. Mine's been barged against Cairngorm granite and bashed against NW Highlands sandstone, not to mention numerous pokes and prods with sharp items of climbing gear. And after three winter's worth of abuse*, it still looks brand new (seriously, I could probably sell it as brand new if I really wanted).

Hoorah! Eventually, a jacket that can actually (and easily) fit a laminated OS map into its chest pocket. You wouldn't believe how rare they are these days! It has two of these main "Napolean" chest pockets and I actually find having two very useful; the map goes in one and the compass goes in the other. There are also another two "hand-warmer" side chest pockets that I find very useful for taking the chill off my hands on fast walk-ins when I don't want to have to stop to glove up. They're great for storing bits and bobs in, like a head torch (if dark is imminent) or extra food (if hunger is imminent). Importantly, all of the pockets are accessible when you've got your waist belt clipped up. 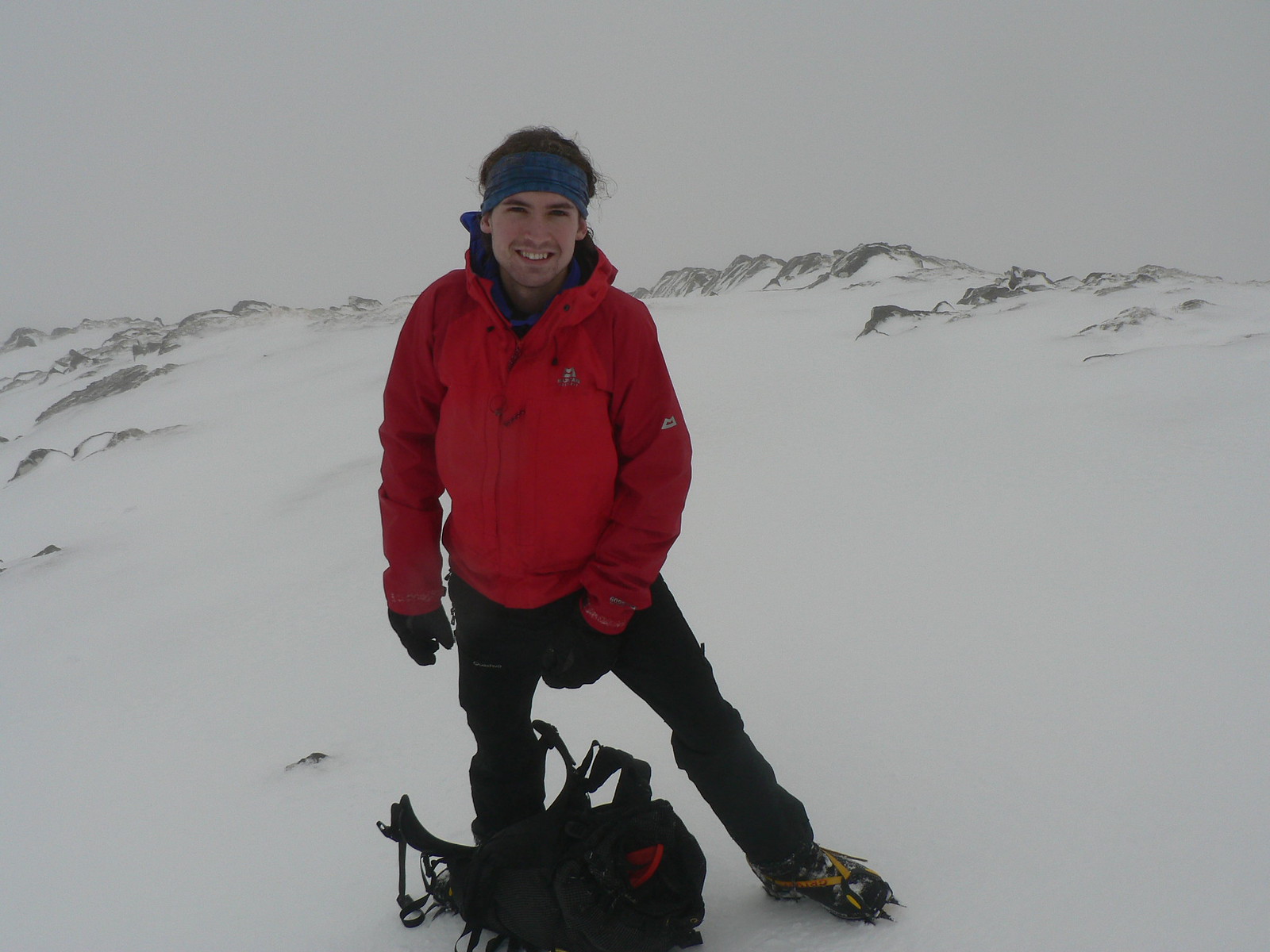 The Kongur in its element; on the Five Sisters of Kintail in Scottish winter.

It couldn't be completely perfect, right? I'm afraid to say that the hood is the let down on this otherwise perfect jacket. And it's a big let down; I've tried tightening and loosening every damn adjuster I can find on it, but it still flaps straight of in anything but a light headwind. I've heard other people rave about it, but I really can't see why. I've also heard enough people complain about it to convince me that it's not just me. I think the problem is that it tries to be helmet compatible (which it does very well) at the same time as being useable without a helmet. I believe it fails miserably on the latter.

The jacket is a loose fit, designed so you can squeeze lots of warm layers underneath. I normally take a size small in jackets and I'm still a size small in this; I could have squeezed into an extra small but I like the fact that I can fit an insulated jacket and a few fleeces underneath it for when I'm getting cold standing around (and actually, I don't think they do an extra small). It's slightly longer than your conventional jacket, giving a bit of extra protection. Some would argue that this means it's worse for wearing a harness with, but I've never had any problems.

The Kongur is, for me, the ultimate in Scottish winter protection. It's light enough (550g for a medium) to be thrown in your bag and not noticed, but it offers unparalelled protection against the elements whilst out of the hill. If cared for properly, it'll last you literally decades. Because it's light weight, it also makes a good summer jacket for when you know that it's going to be torrential rain all day long, though in most circumstances it would probably be seen as overkill.

The loose fit means you can squeeze extra warm layers comfortably underneath, but this fit and bulky pockets might not suit more technical winter climbs. For general mountaineering purposes however, it is almost perfect.

The let down is the hood, which whilst being comfortable sitting over a helmet, is an annoyance (bordering on useless) without one. If ME sort this out, then the Kongur would get my vote as the perfect jacket for winter in the UK.

*Note: Before you get the impression that I go around scraping against the nearest piece of rough-faced rock I can find, I must qualify that I actually take better care than most over my gear (I'm very protective about it!). But, you obviously can't avoid scrapes and scuffs, especially when out scrambling and climbing, and I've been very impressed with how the Kongur has put up with these. The fact it looks brand new still is probably just as much a testiment to my protectiveness as it is to the jacket's durability (though other jackets I've had a similar length of time and used in less intense conditions are looking a lot worse for wear).
Comments powered by Disqus