This is a post I posted on the Bowland Fell Runners' blog last week about the Jubilee Plunge race just after Christmas:

I remembered all too well how manic the start to last year’s Jubilee Plunge fell race was, when I found myself bounding over deep heather covered in even deeper snow to try and get somewhere near the front of the pack. There was no snow this year, and I put in a sprint start to make sure I didn’t end up in the heather either. My start paid off, and I found myself at the front and opening a bit of a lead on the steep technical descent off the summit. This kind of descent has become my strong point in the past year or so, and I knew I had to be in front after this section to have any chance of winning.

Last year’s race was a bit of a disaster (albeit a rather enjoyable one). As well as being too slow off the marks, when I did find myself in 2nd place, me and the current 1st place took a bit of a detour up Moel Dywyll instead of bearing left down to Llangynhafal. As such, I etched an image of the turn off into my mind on the way up to the summit this year, and thankfully remembered to take it on the way back down.

Predictably, the chasing group started pulling me back after this turning, on the grassy descent off the open fell, but I was optimistic that the short stretch of road to follow would be to my advantage. It was good to see Yiannis holding the gate open just before the road, and in my attempt to slow down whilst smiling for his camera I nearly ended up colliding with the gate post! Fortunately I didn’t, and whether the road did indeed work to my advantage or not, I somehow managed to hold everyone else off to arrive home the victor. Tom Roo from Mercia crossed the line five seconds behind me, and Ambleside’s Chris Atherton a mere second behind him. I wasn’t the only Bowlander competing; Alan Duncan comfortably came first in the V60 category, even after a heroic outing at the Boxing Day run on Parlick the day before! 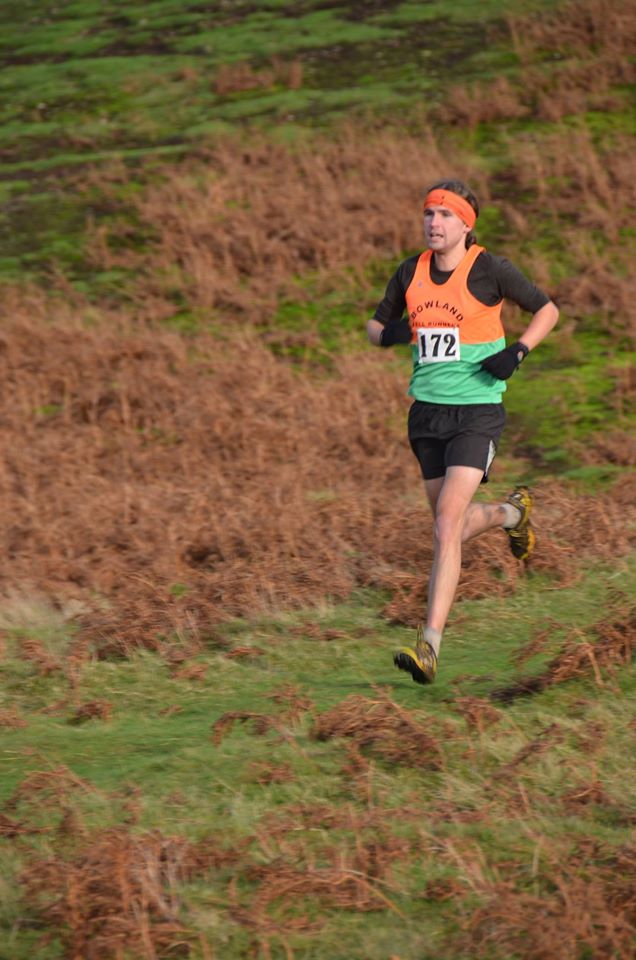